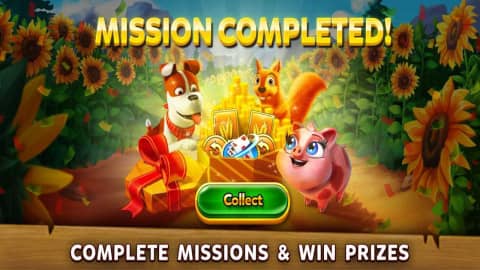 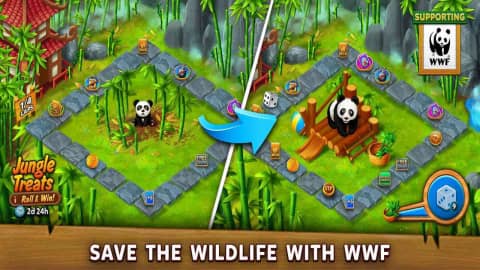 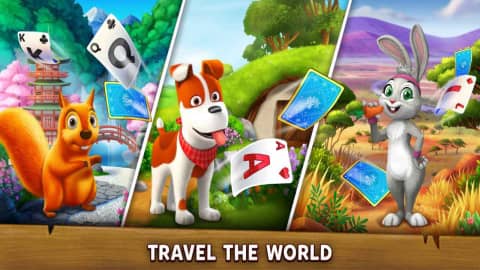 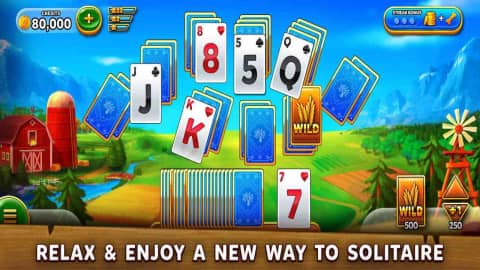 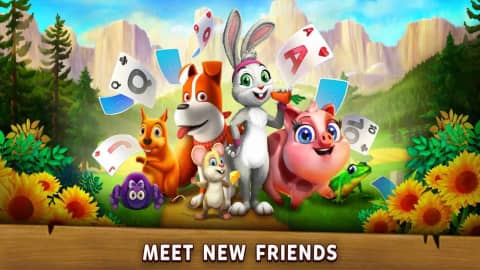 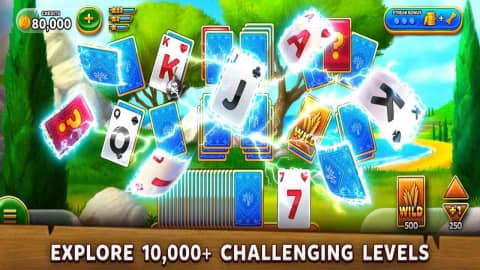 Do you like playing card games? Do you like to play relaxing, challenging and free solitaire poker games? If you like to play classic solitaire games like Pyramid, Solitaire or Spider Solitaire, then I am sure you will be interested in Solitaire Grand Harvest.
Solitaire Grand Harvest is a free casual solitaire game developed by Supertreat - A Playtika Studio. Solitaire Grand Harvest combines elements of farming while completing solitaire, while still ensuring a single player experience. Players will have double the fun as they traverse the farm, harvest crops and earn rewards during the game. Level up your single player solitaire and build and design the farm of your dreams. Discover exclusive decorations and personalize your farm! The game incorporates many elements commonly found in solitaire games, allowing players to experience the fun of solitaire as they take on the role of a farmer and build their farm through a step-by-step process. The game has a large number of levels, and players can upgrade their farms with every certain number of levels they pass, with the farms providing props once they pass. Each level in the game is also designed with a scoring mechanism, with three stars representing a perfect pass, which can lead to richer rewards. The cards in each level have a different division of labor, so be sure to keep in mind that face-down cards may contain elements that help your farm continue to grow. Either way, the ultimate goal is always to nail the solitaire game and make sure there isn't a single card on the board. As you progress through the levels, you'll start earning money, unlocking different areas of the farm and growing various vegetables for greater profit. Access to the various levels is not free, however, you can use the money you earn from selling produce to unlock levels.

The gameplay is simple yet challenging. The game offers players many levels, each with a different level of difficulty, and players need to successfully pass one level before they can move on to the next.
The gameplay is similar to other solitaire games in that you need to use the remaining cards in a deck to collect other cards. In other words, you must get bigger or smaller cards in order to make those cards disappear. For example, if you are dealt a 5, you can only make the 5 disappear if you get a 4 or 6 from a deck. If you succeed in eliminating a card, then it represents a win for you and you will reap the corresponding crop. In the game, depending on the number of the first turned up card in the deck, the cards on either side of the pile will be moved back to the deck. For every card the player moves, the turned up card in the deck will become the number of the card the player moved back. Therefore, each time a player moves a card, the player has to decide the order of movement according to the cards in the pile. If the cards in the pile are not eligible to be moved back, then the player can click on the cards in the library to change the turned over cards. Once the player has moved all the cards in the pile back to the replacement library, the player has successfully passed the game.
For example, if you get a card that is an 8, then you can only eliminate it by looking at the remaining cards to see if there is a 7 or a 9. After playing for a while, you will be able to learn the subtleties of the game. When a player wins, your crops and coins will grow accordingly. If the player plays better, the reward will become more! You can also invite your friends to join in the game so you can get an even bigger bonus, which is 10,000 free coins! If you're excited, start playing!