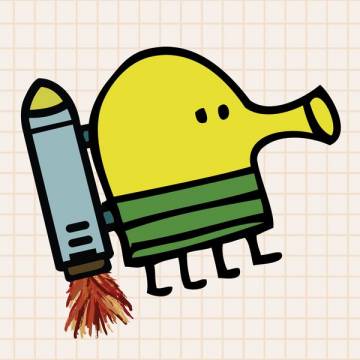 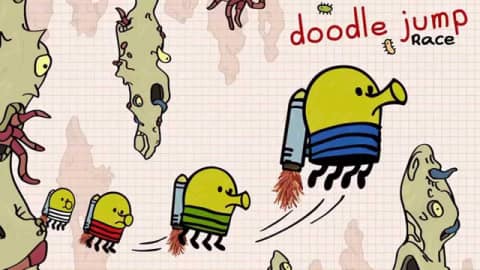 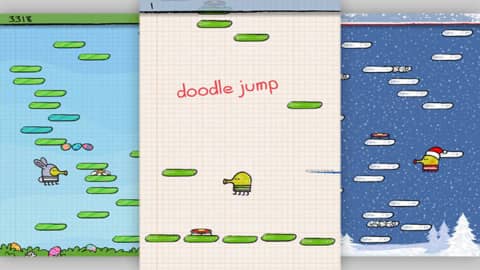 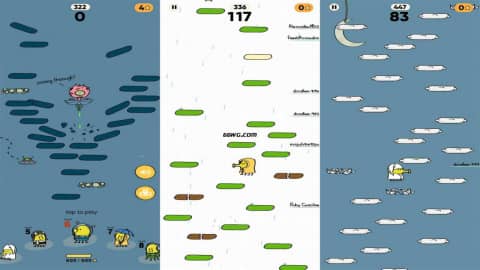 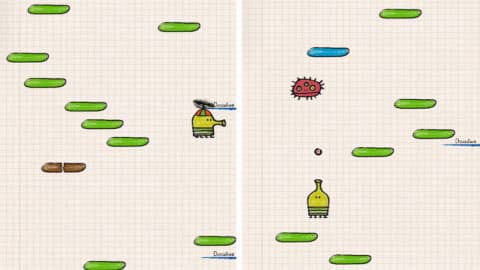 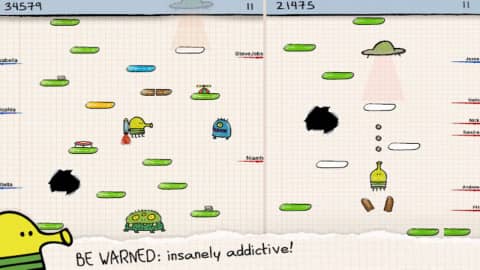 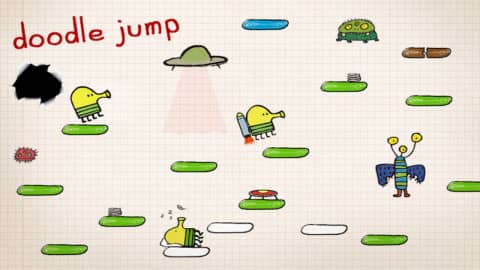 Doodle Jump is a casual game developed by Lima Sky and first released on IOS on April 6, 2009. Like the name of the game, players need to control an animal named The Doodler and help it jump upwards.
This looks like a very simple game, and in fact in some levels you can say that. Players have to control The Doodler in the screen to jump up, and in the process of jumping to avoid enemies and obstacles, accurate jump from one platform to another platform. The higher the jump, the higher the score the player will get. But as the game progresses, The Doodler will encounter more powerful enemies and more difficult to avoid obstacles in the game, more test players' operation and reaction speed. When you can well control the character's movement, attack, dodge and other actions, you will be closer to success.
In addition, the game has a variety of props to help you better get through certain difficulties, try to get these props in the level. There are many fantasy worlds to play in: ninja, space, jungle, soccer, underwater, snow, and more! No matter what the setting, players will join an amazing adventure! There are more than 100 missions, and every time you complete a mission, you get a corresponding reward. The more challenges you have, the more rewards you will get. When you have fun in the game, don't forget to share it with your friends, you can join this challenge together and beat each other on the leaderboard to win a higher score.
This is a simple and fun little game where your only goal is to try to jump higher.Doodle Jump is a casual game for the handicap crowd and you can use it on Android or IOS platforms.

Players will control an animal named The Doodler in the game to jump upwards, and be careful of broken platforms, moving blue platforms, black holes, UFOs and bad guys when jumping, some of these platforms will break, some will move, and some may disappear after stepping on them. Players can control The Doodler's left and right movement by tilting the device to make timely reactions according to the level's obstacles. Each successful jump up a frame, will accumulate points for you, the higher the jump, the higher the score the player will get. If, on the way, The Doodler accidentally falls, the game will end and the player can only start the game again. In addition to obstacles and enemies, the game also scattered some props, these props can help players better through the level. Rocket: make Doodle fly high quickly for a while. Flying cap: make Doodle fly high for a period of time. Slingshot: make Doodle bounce high. Slingshot bed: Make Doodle bounce higher. Slingshot shoes: wear on Doodle's feet, can bounce 6 times. Protective shield: make Doodle touch the monster are not fallen. Super rocket: make Doodle fly higher and faster. The game has a variety of scenes, each scene has its own different characteristics, and some props will only appear in a specific scene. Players will face different enemies in different scenarios, and will also undertake some new exploration. But no matter in what scenes, the operation of the game is the same. In addition, the game has a lot of cute costumes waiting for players to unlock.
Doodle Jump is very easy to control, even if you are a new player, you can master it in just a few minutes. But this does not mean that the game is not challenging, as the levels go deeper, the player will face more difficulties.