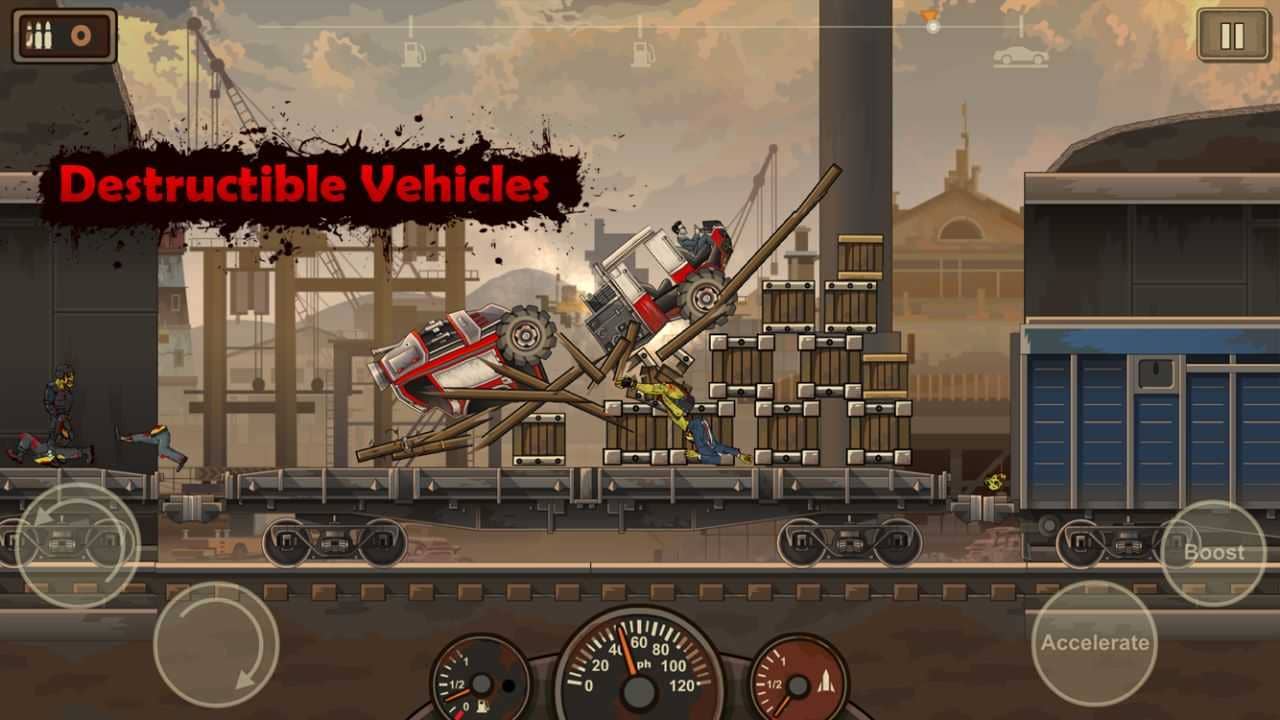 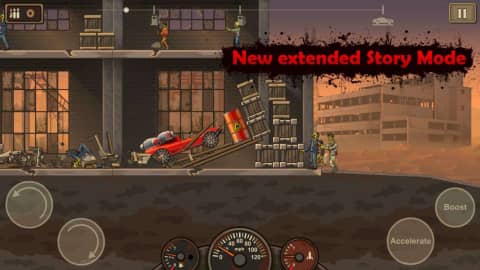 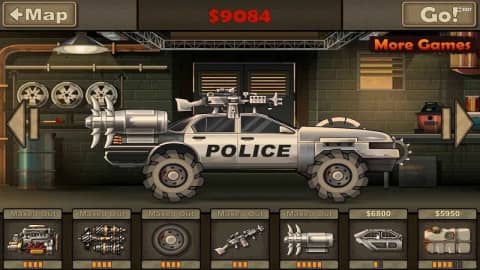 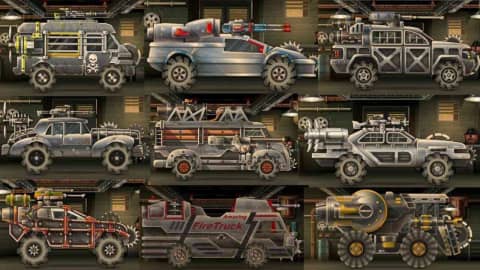 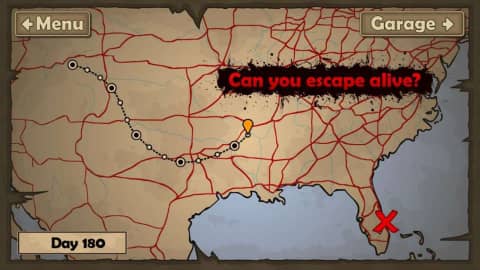 One day, when the end of the world does come, there happens to be a rescue ship, but this one is waiting on the other side of the country. In order to get a chance to survive, you must drive a dilapidated car through a city heavily surrounded by zombies, get to where the rescue ship is, board it and live in safety!
Earn to Die 2 is an adventure game developed by Russian game studio Toffee Games and released on November 20, 2014, and is the sequel to Earn to Die. The only way to be rescued is to cross the city to reach the rescue ship. The game features several challenging levels, each with different levels of zombies and extreme environments, and you can earn money for successfully traversing the levels. With the money you get, you can buy more advanced vehicles and buy equipment with defensive effects for your car, such as roof guns, boosters, etc. You will have a higher chance of winning the race. But any vehicle can have broken rings and you may be about to face a crash when you hit a hard building, so don't take it lightly! The rescue ship is about to set sail for one last chance to win! Players will control the vehicle as they run over zombies and tackle the game's undulating terrain. Upgrading your engine will improve your vehicle's acceleration, both of which will help you clear the zombies faster. In addition, purchasing guns to equip your vehicle will help you eliminate even more zombies. The game offers players various types of vehicles, each with special attributes, and you can use any of them when you successfully unlock them. Using cash you can upgrade your gearbox which will help your vehicle to increase its speed, upgrading your vehicle is a very important point in the game.

In the previous game, players had to drive their vehicles across the desert and try to shake off the hordes of zombies that surrounded them. And (Earn to Die 2 ) is set in a post-apocalyptic moment in an industrial world, with players driving vehicles through overpasses, tunnels and factories full of zombies. The sequel inherits the gameplay and 2D graphics of its predecessor, continuing the firefight between cars and zombies, while taking care not to crash the car. In addition to the new scene setting, (Earn to Die 2) adds 10 types of cars and vehicles, and more different obstacles and zombies appear. The game's story mode is five times longer than its predecessor, and the completion of the story mode will open a new mission mode, which can unlock various game achievements. The operation of the game is very simple, just drive forward on the left side of the screen, two buttons are located in the front and rear of the car, so as to change the position of the car in the air, while the right button is the acceleration key, basically players need to hold the acceleration key throughout. Forward and collision both need to consume gasoline, and when the gasoline consumption is over, players should try to save fuel when moving so that they can run longer.
Placing your finger on the acceleration button will accelerate the vehicle, but this is not the best way to control the vehicle, as going too fast may cause the vehicle to roll over when passing a certain undulating point. You can observe the road section, which is suitable for controlling the vehicle to accelerate and go at a constant speed. For example, when the vehicle goes through a downhill section, you do not need to accelerate, the vehicle will accelerate in the downhill section, which is understood by anyone who has studied physics. When your vehicle configuration is low, you may suffer a greater degree of injury.